Passengers on a UK Railtours' special excursion train were treated to the sight of Middlewich in the summer sunshine on the morning of the 11th August 2012, as the train made its way from Basingstoke to Buxton.
Neil Cundliffe was out and about with his camera and was able to get these excellent shots of the train as it negotiated the Middlewich Loop. They are reproduced here with his permission. 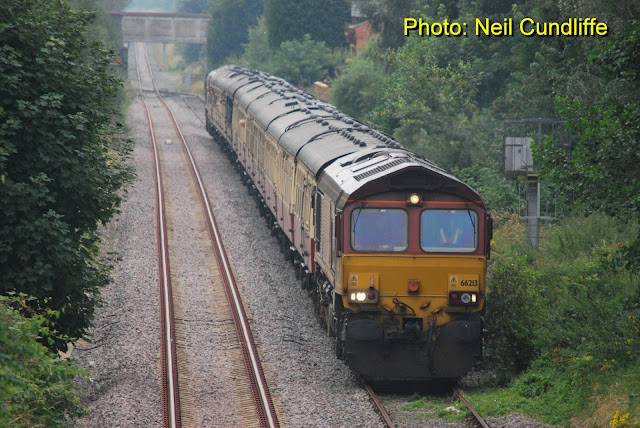 Here's the train on the loop line at Middlewich, just passing the colour light signal which would have stopped it there in the event of another train coming from the Northwich direction. At this point the lines though Middlewich are designated 'UP' and 'DOWN' in the traditional fashion. The UP line is the one on the left, heading in the direction of Sandbach, Crewe and, ultimately, London. While everyone else goes 'down' to London, trains always go 'up' to London. Notice how shiny the rails are; always evidence that the line is being put to good use. Compare Neil's shot with this one taken four years earlier 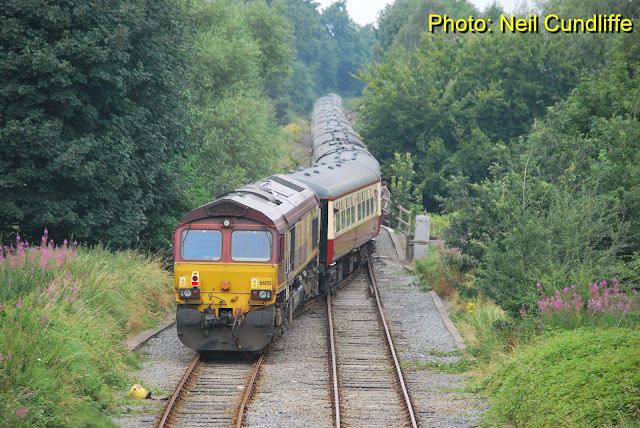 Here the train is leaving the Middlewich Loop and heading for Northwich, where it will leave the branch line  and head East along the Mid-Cheshire line to Altrincham, Manchester, then via Hazel Grove, New Mills Central and Chinley to its ultimate destination in classic limestone territory at Buxton. This train was 'topped and tailed' - i.e. it had a locomotive at either end (in this case nos 66213 and 66153), making for ease of operation - when it was time for the train to make its way back home, all the driver had to do was walk from one end of the train to the other. Evidence that the train is moving away from the camera in this photograph is provided by the red lamp on the locomotive. Like motor vehicles trains always carry white lights at the front and red ones at the rear. And a train would never enter the loop from this direction. 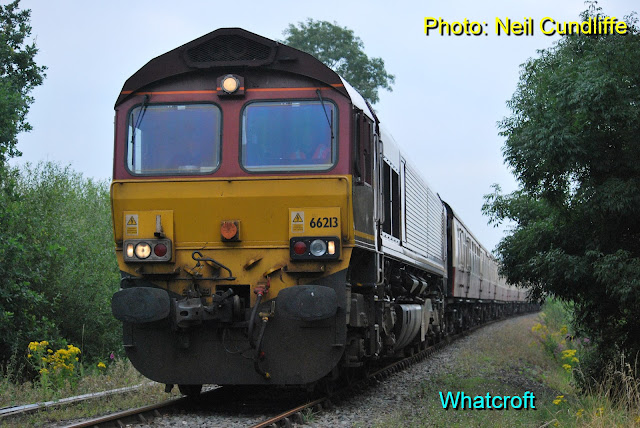 Neil's dubbed this photo 'Up Close and Personal at Whatcroft' and its easy to see why. Here the train is making its way through the picturesque scenery of Whatcroft, just before running through the outskirts of Northwich to join the Mid-Cheshire line at Rudheath.

For the record, the train started from Basingstoke at 5.49am, reached Crewe at 11am, Middlewich at around 11.25am (or, according to DB Schenker's running information, at precisely 26½  minutes past 11), Northwich at 11.45am and Buxton at 1.58pm.
It was due to leave Buxton at 4.50pm and arrive back at Basingstoke at 11.39pm.
The journey back was by a slightly different route, and passengers were not treated to the experience of Middlewich by Night.

Jenny Hatton: In over thirty years I have never ever seen a train on that line - I thought it was shut!

Diane Russell: There are trains using this line every day. Mostly goods trains, but there is sometimes a Virgin passenger train, if it gets diverted.

Jenny Hatton: I may have to take some sandwiches and camp out next to it - seeing is believing!

Diane Russell: I live about fifty yards away from it, so I can see them from my kitchen window.

Dave Roberts: The shiny rails are evidence that the line's being used quite frequently at the moment. Neil, who took the photos, tells me he lives close to the line and frequently hears trains rumbling through, particularly at night.

Bill Armsden: On a quiet night with the bedroom windows open and a breeze in the right direction, I can hear trains rumbling along the track.

Diane Russell: You can more or less set your clock by them, Dave. One about 5pm most days, and then again between 10 and 11pm, and just lately there have been quite a few during the night. I have got used to them now, and it's quite nice hearing them going past, even in the night.

Dave Roberts: It brings back memories for me. When I was young and lived across the road in King Street I'd often hear trains running in the night - steam trains from 1959 to 1968 and then diesels. I sometimes hear trains in the night now, but they're mostly on the West Coast Main Line, which isn't too far away.

Posted by SALT TOWN PRODUCTIONS at 21:20 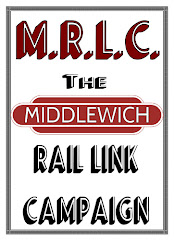 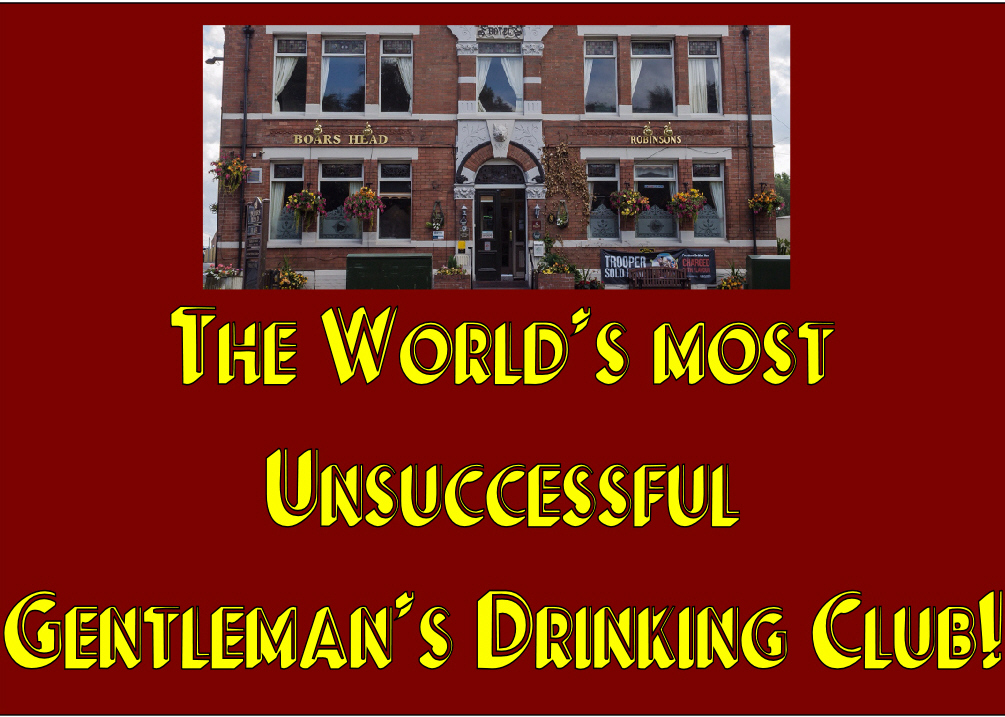 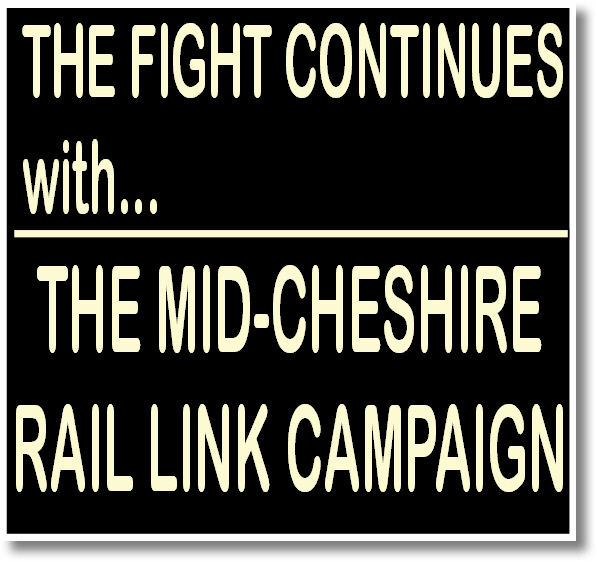 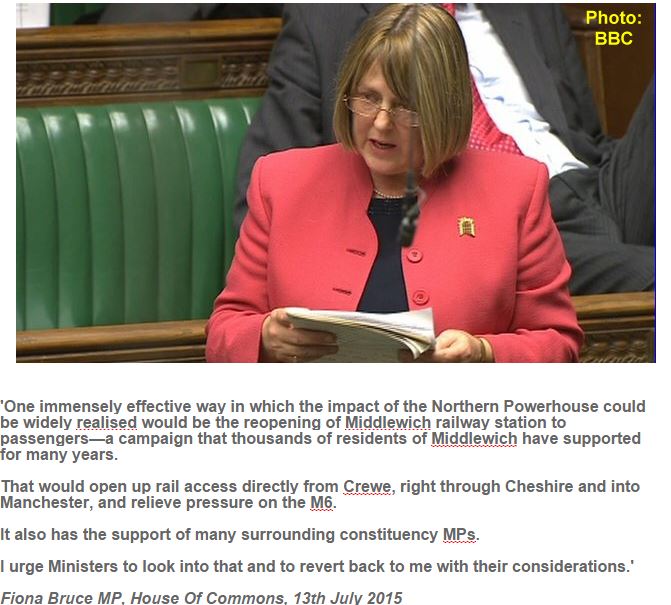 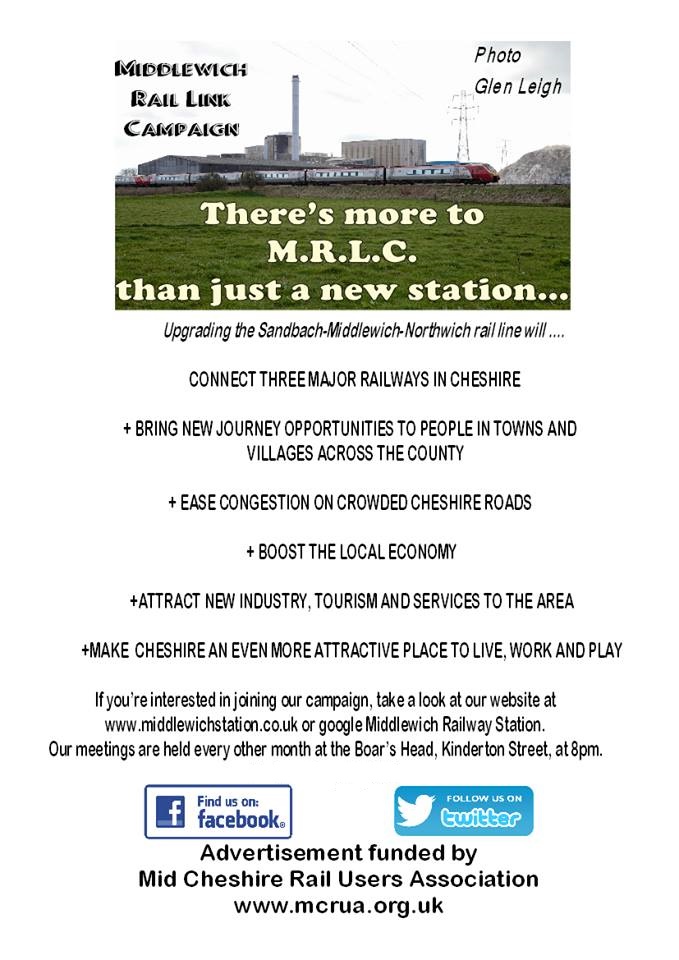 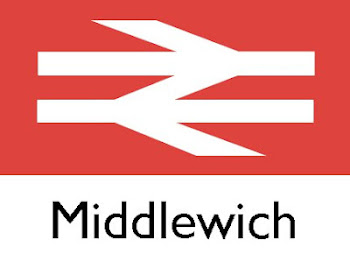 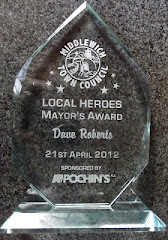 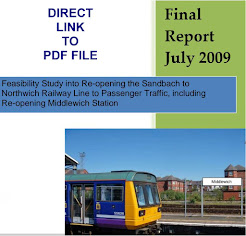 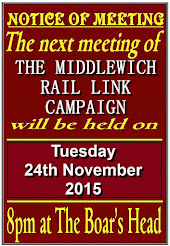 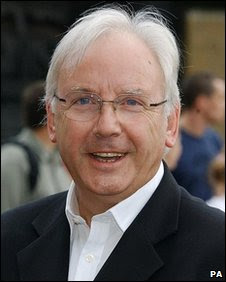 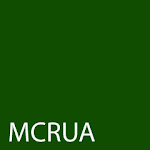